The LOHC technology avoids transport and storage of highly flammable molecular hydrogen. Aromatic molecules, such as benzyltoluene (H0-BT) can be reversibly hydrogenated to perhydro benzyltoluene (H12-BT) and dehydrogenated to H0-BT in order to chemically store and transport hydrogen in liquids. These LOHCs are typically non-flammable, have a low toxicity, a wide liquid range as well as a high storage density for hydrogen. Further, this chemical storage of hydrogen may even employ existing infrastructure for liquid fuels (diesel, gasoline) enabling safe and facile global supply chains. However, the technical release of hydrogen requires rather high reaction temperatures due to the strongly endothermic nature of the dehydrogenation reaction. Hence, the main field of research is the release of hydrogen from LOHCs via dehydrogenation. This topic comprises the development and up-scaling of novel catalysts and their application in various reactor concepts. Further, novel process routes towards higher overall efficiencies are investigated. 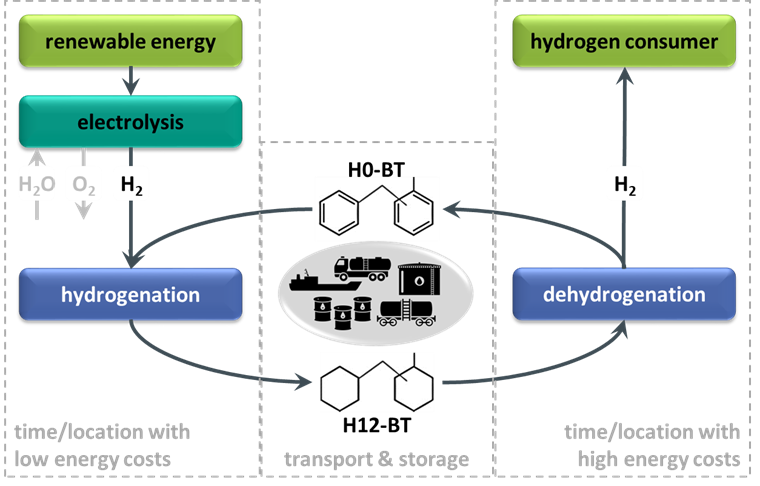 The project aims to identify and investigate potentially beneficial synergies when employing nitrides as support materials in heterogeneous catalysts for the valorisation of CO2. The objective of the research is the development of transition metal (oxide) based catalysts with carbon nitride (modified) carrier materials. The positive effect of C3N4 on catalysis may boost activity, selectivity, or stability, when compared to standard carrier materials. For example, C3N4 with different morphologies are synthesized. Subsequently, the (surface) properties of the produced materials can be modified by a variety of methods (exfoliation, hydrogenation, etching, hydrolysis, etc.). Alternatively, the choice of precursors and the synthesis parameters also have a decisive influence on the resulting functional groups as well as physicochemical and morphological properties. The prepared nitride materials are decorated with separately synthesised uniform nanoparticles resulting in well-defined heterogeneous model catalysts, which are then tested in the conversion of CO2. 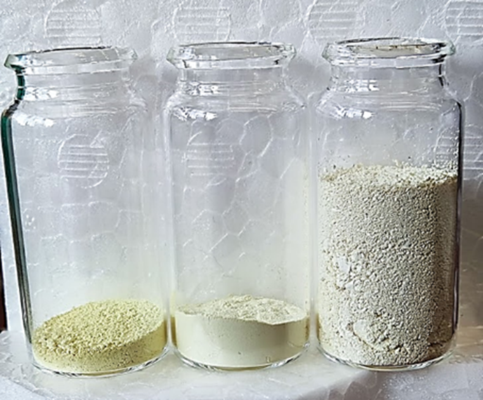 CARE-O-SENE is funded by the German Federal Ministry of Education and Research (BMBF) and connects seven major German and South African project partners: Fraunhofer Institute for Ceramic Technologies and Systems (IKTS), Helmholtz-Zentrum Berlin für Materialien und Energie (HZB), INERATEC, Karlsruhe Institute of Technology (KIT), Sasol Germany GmbH, Sasol Limited, and University of Cape Town (UCT). Together, we develop optimized catalysts for the production of green kerosene. CARE-O-SENE will play a key role in sustainably transforming industries such as aviation. The goal is to make the production of green kerosene as a fuel alternative economically more attractive. Our contribution to this project is the development and preparation of model catalysts to gain insight und structural dependencies and working principles via advanced characterisation techniques.